BOZEMAN, Mont.- The Bozeman School Board is voting next month on the budget for the 2019-2020 school year.

The proposed General Fund Budget for the 2019- 2020 school year is just over $52 million, compared to $51 million last year, and that’s a result of two things.

“The number of students we have in the district and the amount of money the legislature appropriates per student,” said Mike Waterman, director of business services for the Bozeman School District.

The potential increase in the budget for the school district’s general fund leaves many taxpayers wondering how it will affect their taxes this year. Waterman says that it might not affect your taxes at all.

“There’s going to be a redistribution of the money that the district collects. Overall, we are expecting to have increased taxes and increase tax revenue for the coming year,” he said. “That number is probably largely going to be offset by the newly taxable property, new homes that have gone up, new businesses that are new to town and haven’t been taxed before.”

The change in your tax payment depends on the changes in your property value, and then that’s compared to the overall average.

Some will see an increase while others may not, which leaves taxpayers uncertain.

JoAnne Ortega is a Bozeman homeowner and mother of two and says while she understands the need to have more funds available for the school district, Bozeman residents are already looking at significant tax increases.

“We want our children to have a good education. We want them to have the best teachers and products for the schools — books, and technology — available, but it’s also difficult as a Bozeman resident because this isn’t the only tax we’re facing,” she said.

And these small increases can begin to add up.

The board plans to finalize the district’s budgets and tax levies at its August 12 meeting. 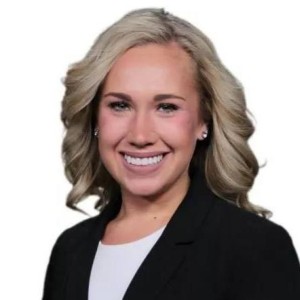 Emma joined the KBZK news team in May of 2018 as a news reporter. When she's not reporting, Emma enjoys the outdoors, running and spending time with her dog, Lucy. Have a story idea or want to chat? Send Emma an email at ehamilton@kbzk.com

Woman turns 107 and shares her secret to longevity: ‘I never got married’

Woman turns 107 and shares her secret to longevity: ‘I never got married’

KBZK-TV is a CBS affiliate in Bozeman, Montana. KBZK is your source for continuous news coverage and the latest sports and weather information.

KBZK-TV is a CBS affiliate in Bozeman, Montana. KBZK is your source for continuous news coverage and the latest sports and weather information.